A day at the Gladiators in Tarraco 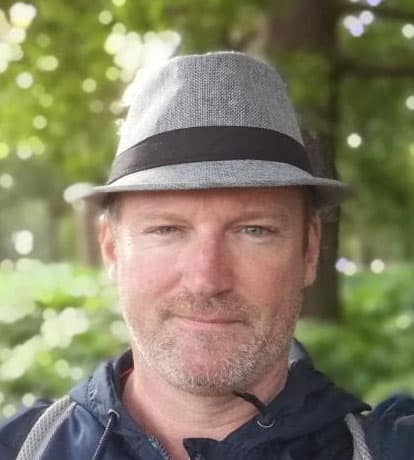 Home » Blog » History » A day at the Gladiators in Tarraco

A day spent sitting in the amphitheater in Roman Tarraco would have been a highlight in the entertainments calendar for most sentient Roman citizens who inhabited the city two thousand years ago. Driven by bloodlust,1 which was pandered to by the emperors, especially Augustus, these ancient people watched men slaughter each other for their entertainment.

By today’s post-pagan standards, anyone witnessing such spectacular scenes of carnage would undoubtedly end up with a form of post-traumatic stress, having felt that they had descended sharply into hell (or hades).

But what would people have really seen during the Munera Gladiatorum?

By the second century A.D. The gladiatorial program was divided into three separate sessions over the course of a day: morning, lunchtime, and afternoon.

The earliest session was by far where most of the carnage occurred, but there was not a professional gladiator in sight.

Instead, the combatants consisted of dozens of hapless prisoners of war (Captivii) or criminals (Noxxi) who were forced to fight each other to the death. If anyone survived long enough to pass through the Porta Triumphalis (Victor’s gate), they could only look forward to returning one day as a professional.

If that wasn’t entertaining enough, lions, leopards, and bears could emerge from a trap door to take part in the mayhem.

The white marble cladding around the arena would have been spattered in blood, not only from human vs beast but also from variations dreamed up to keep the masses amused: bear against buffalo, elephant against rhinoceros or, as practiced by the emperor Comodus, a wild animal would be let loose in the arena while having arrows fired at it from the imperial box.

At lunchtime, the combat sessions gave way to public executions, the most famous of which in the history of Tarraco being that of the Christian bishop Saint Fructuosus. He was burned at the stake beside his two deacons at the bequest of the emperor Valerian in the year 259 A.D. Fructuosus had, in an act of faith to his own religion, refused to recognize the emperor as a deity.

On the site in the arena where he was killed, two Christian churches were built, the first in the 5th century by the Visigoths, and the second, which later engulfed it, in the 12th century.

It is noteworthy to point out that the city remained abandoned for 400 years between the construction of these two temples.

Despite the intensity of the morning combats, the main event in the amphitheater was the one held in the afternoon, when, by law, between ten and thirty pairs of highly trained athletes fought each other. These groups of men under one trainer (Lanistae) were professional gladiators, formed into groups called “Gladiatoriæ familiæ. 3

They were slaves with no standing or status as persons. They were property. 4

Despite having captured the imagination of the population, they ranked below prostitutes, actors, or even pimps, and were generally regarded as outcasts.

Divided into categories, the men, and sometimes women, were paired off in accordance with a strict code which ensured balance and an exciting spectacle. Perhaps the most iconic gladiator that comes to mind is the Murmillo, who wore the typical helmet with visor and crest, and who was heavily armored.

According to Pliny the Elder:

“The “Mirmillones” were a peculiar class of gladiators, said to have been so called from their having the image of a fish, called “mormyr,” on their helmets”. 5

This class of fighter carried a roman legionaries shield like a heavy infantryman. He would usually be paired off to fight the Thraex or the Hoplomachus, who were both ill equipped but far more agile. The Thraex was armed with a curved sword which enabled him to strike the exposed back of the Murmillo, the Hoplomachus was armed with a spear which he dared not throw for fear of losing it.

Another class was the Retiarius, who represented the god Neptune. This fighter was armed with a trident and a weighted net, but only wore slight protection on one arm and shoulder. In fact, he was the only gladiator who didn’t wear a helmet.

As an agile, lightweight fighter, he usually faced the heavier Secutor category, who was based on the Murmillo, but wore a smoother helmet designed to resist the net. Despite being heavily armored, the Secutor had trouble breathing in his stuffy helmet and was further encumbered by poor visibility through the visor. 6

Interestingly, archeological discoveries in a gladiator’s cemetery in Ephesus (Turkey) show that the most common injuries were to the head, and astonishingly, many of them were inflicted by a trident. 7 How was this possible if all but the Retiarius class wore a protective helmet?

Perhaps the answer lies in the organization of the contests. Unlike the combats that took place in the morning, the professional gladiators adhered to a strict set of rules and were overseen by referees. Cicero noted that:

“The people disapproved of that gladiator who aimed too constantly at the vital parts of his adversary”. 8

It is widely believed today that gladiators rarely died in combat and that most of the defeated fighters had their lives spared. However, the 5% that were killed, were executed, or received a mercy-killing after sustaining severe injuries. At the Ephesus excavations some head injuries were square shaped. No weapon in the Gladiator’s arsenal could do this and so they obviously came from an execution tool.

Tombstones in the Spanish peninsula tell us another story, that of the names and origins of twenty of the gladiators who fought in the various amphitheaters in the territory. Notably, six of them were from the prestigious gladiator school of Julianus and Neronianus, named after the emperors and situated 26 kilometers from Naples, in the city of Capua.

8 of the 20 had wives whose names appear as free citizens while most of the gladiators themselves had adopted nicknames. 9

We frequently find the name Hermes, an Olympian deity with winged sandals who was the god of athletes and velocity. We find names boasting physical qualities like Ampliatus (The broad one) or showing origin, like Germanus.

We also find moral names such as Amandus (The loved one), who undoubtedly was the favorite of the ladies even though they could only watch from the very back of the amphitheater where the slaves stood. Also in the list are Probus, Studiosus, Faustus, Ingenuus, Cassius Victorinus (a freeman) and Sagitta. 10 This last one translates as the arrow, he was a Thraex, lightly armored and fast. None lived beyond 35 years of age. 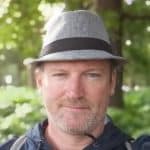 Adam Quigley
Adam.G. Quigley is a British citizen residing in Tarragona since 2006. He is the author of two books about major events that occurred in the city during the Peninsular war. Both books, written and published in Spanish, are heralded for containing abundant and hitherto unpublished firsthand accounts from that dramatic time. Antes morir que rendirse; Testimonios británicos en el asedio de Tarragona 1811 (2018) and Tarragona 1813, el arduo camino hacia la liberación (2022).